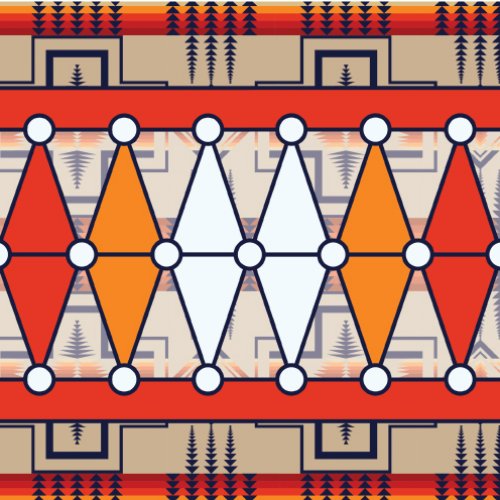 Kolowis Awithlaknannai, or better known as Fighting Serpents, is a two-player strategy board game from the Zuni Native American Indians.
One of the best board games from the Native Americans – Fighting Serpents is suitable for idealists, who aim to create perfect winning strategies and gamers that want to use logic and keep their mind guessing.
Interesting fact: Kolowis Awithlaknannai, later described by Stewart Culin in his book - Games of the North American Indians in 1907, is a modification of the game Alquerque that was brought to the New World by the Spaniards.